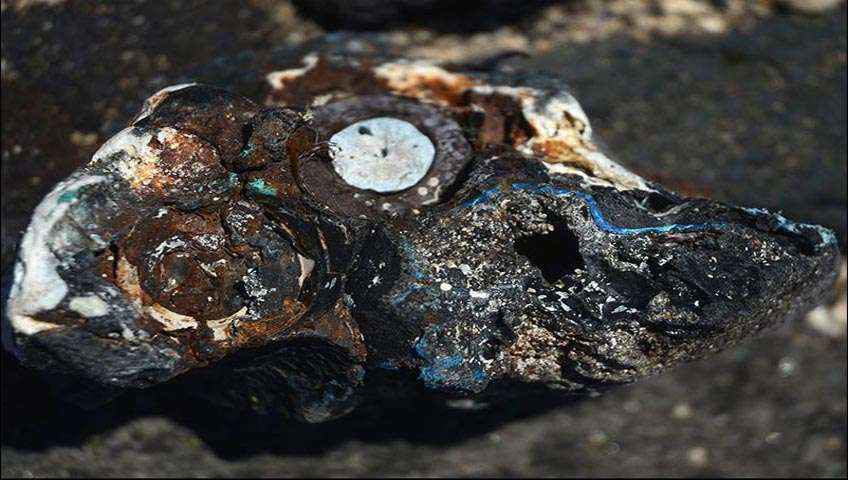 Artificial stone made of plastic found in Hawaii

Plastic may remain on the planet much longer than we suppose.

In addition to the plastic trash already discovered trapped in the Arctic ice and tons of trash buried in the ground, some of the plastic waste is turning to stone. Artificial stones to be exact. Scientists have discovered such on the beaches of the Hawaiian archipelago. These are stones made of plastic of volcanic rocks, sand, shells of crustaceans and corals.
Geologist Douglas Jerolmack of the University of Pennsylvania is fascinated by the find. And he says:

If these things are preserved (over the centuries), they would be a great marker around the world regarding the times in which people lived and dominated, leaving behind garbage in huge quantities everywhere.

Most likely, these artificial stones were formed by melting plastic in bonfires set on beaches by people.

This is according to geologist Patricia Corcoran and Charles Moore oceanographer and captain of the Alguita research vessel. These stones, called plastiglomerates, are most often found precisely on beaches and in areas of volcanic activity.
The process of creating artificial stones involves the binding of natural sand and coral stones by heated liquid plastic.

Patricia Corcoran says that shapes such as toothbrushes, forks, strings, etc. can still be recognized in some of the stones. When such a stone becomes heavy enough, there is a good chance that it will sink to the bottom and be covered with other rock, preserving the
artificial stone
for eternity.