Information about the Project

Djurs Sommerland is a popular theme park located in Jutland, Denmark. As part of a new attraction called Dinosaurland, which is themed around the era of dinosaurs, our company completed a project to build artificial rock formations and free-standing rock structures in the roller coaster area of the park. The highest artificial rocks constructed for this project reached a height of 8 meters, and the decorations were built on self-supporting supporting structures. The project also included the construction of an artificial cave on a previously prepared structure provided by the investor. These structures were intended to enhance the theme of the attraction and create an even more immersive experience for visitors.

Djurs Sommerland is known for its thrilling rides such as roller coasters and raging rivers, as well as a range of activities and shows for visitors of all ages. Some of the park’s most popular attractions include the Raptor roller coaster, the Piraten water ride, and the Wild West-themed Western Town. The park is open seasonally and typically operates from late April to early October.

The total construction area of artificial rocks is about 1300m2.

Gallery from the realization (under construction) 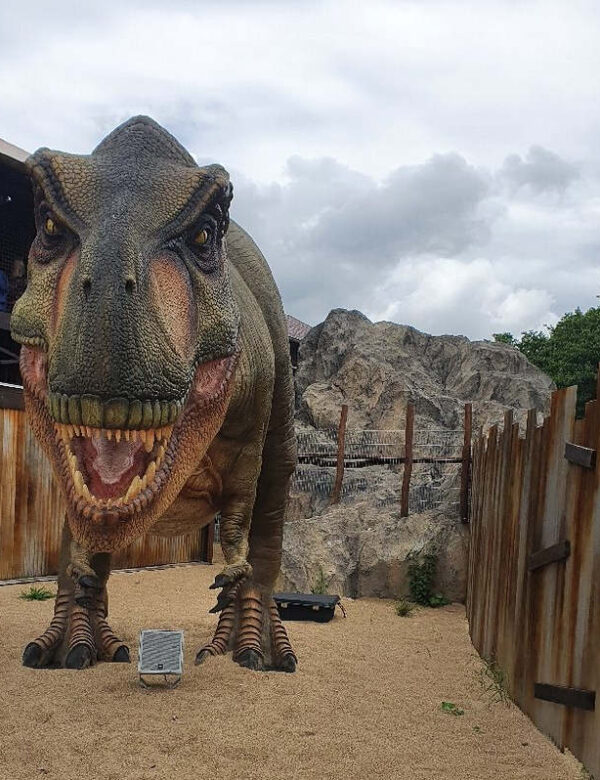 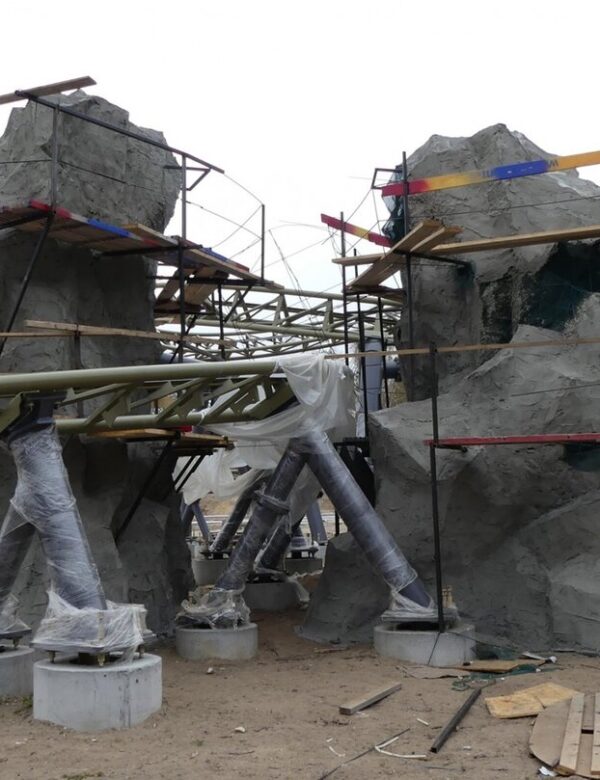 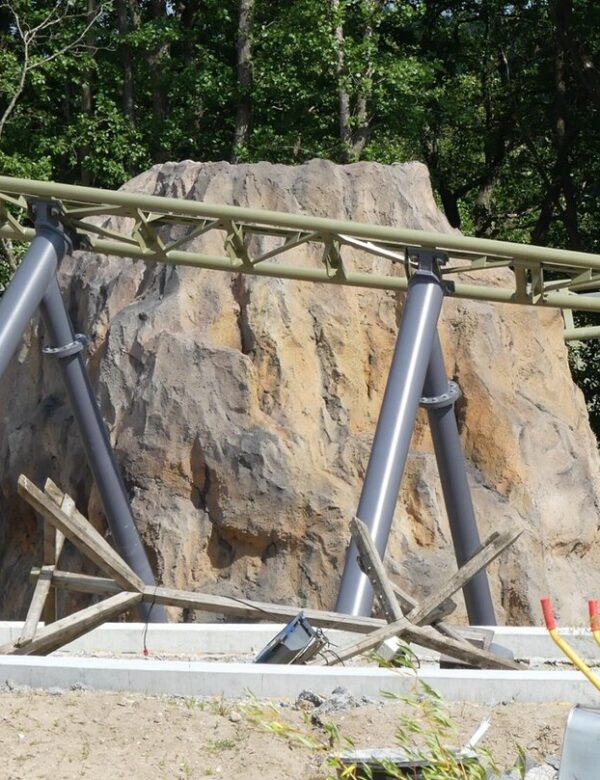